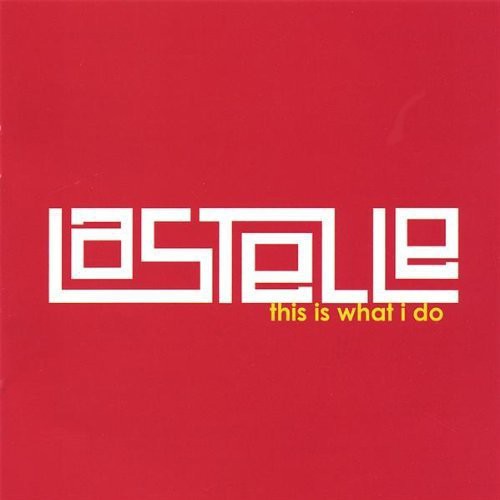 This Is What I Do
Artist: Lastelle
Format: CD
New: Not in stock
Wish

'Lastelle's new album 'This is what I do' is a wonderful blend of rock and alternative music with a refreshing new sound to it. The music is highly addictive stuff and should have come with a warning like a pack of smokes. I would recommend this CD to anyone that is sick of the same old sound coming out of their speakers.' Bill Messick - New Artist Radio An edgy, rocking/ blues album which, from the title track, states in no uncertain terms that this is what Chris Lastelle does. It's all about the music. Lastelle's perceptive lyricism and consummate songwriting skills in tracks like "Don't fit no more", the blues riffs of 'On my way' and thumping cynicism of "I must be happy" are guaranteed to get the blood pumping and the feet stomping. A musician, composer of songs and instrumental music (TV, film, animation, games), this is his second foray into recording an album of his own original songs. 'This is What I Do' is more than a song or title, it is a statement of desire and intent reflecting Lastelle's commitment to his craft. "I play, write, make music and sound, collect it, listen to anything and everything all of the time. I love playing live, working in the studio, going to gigs, listening to and reading about music in-between", Previously he worked with the band 'Battu', releasing a CD,'Beyond' in 1998 and his video and film work kept his nose to the grindstone. So much so that one day (in 2002) he shut up his studio, slung a guitar over one shoulder and a backpack over the other and headed off to Greece, Turkey, Spain, the UK, Canada & Mexico for a couple of years. The bulk of the new album was written while traveling. On his return to Australia, Lastelle pulled together an impressive band to record at the prestigious 'Tiger Studios' which recorded the likes of AC/DC and other Vanda and Young artists. Chris took the masters back to his own studio to complete the mix. The resulting album has a huge sound. 'well written and performed, excellent songwriting and the ability to play with power - possibly Australia's next big thing' John Anderson - On the Horizon - USA radio show 'lastelle's album has all the superstar elements that make an artist stand out and shine - i love this CD' Carmen Allgood - Colorado Wave Radio Show.