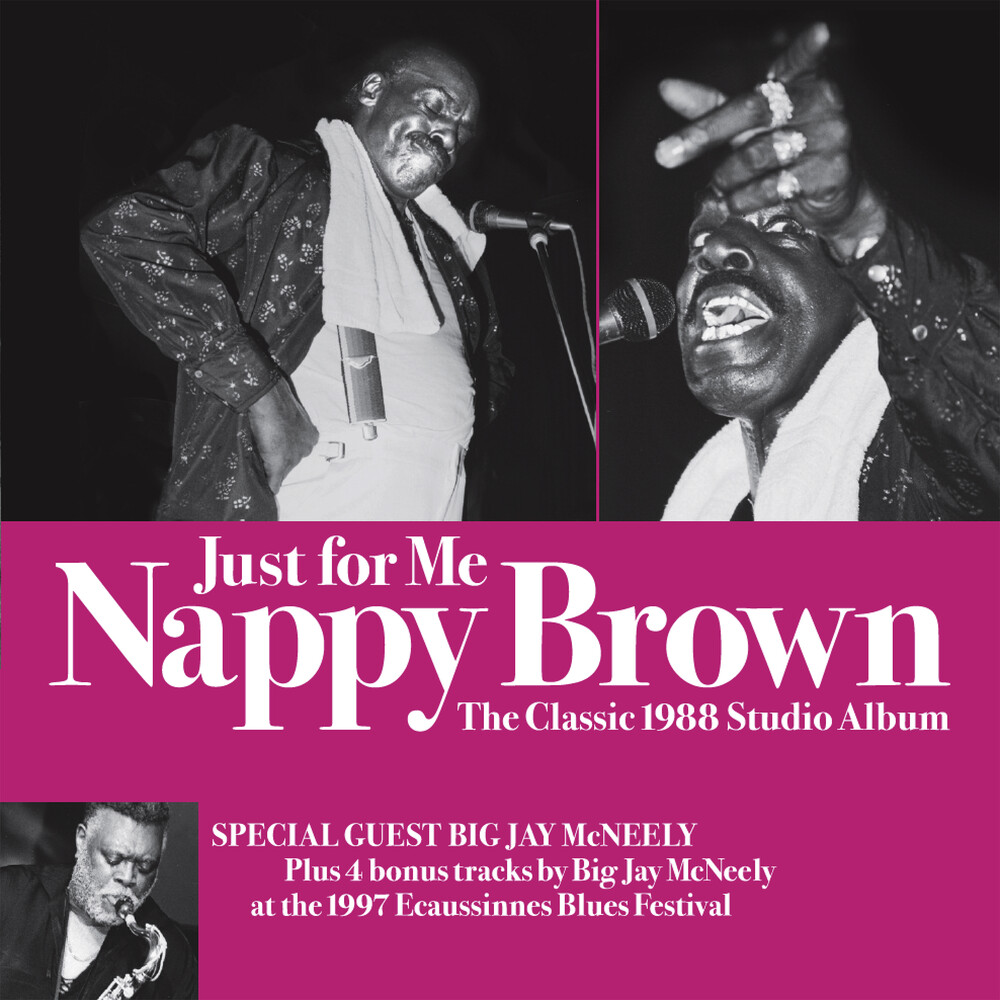 The British Blues Boom of the 1960s was surely one of the most amazing and important cultural and musical events of the 20th Century. Great artists who had lost their natural mass audiences and careers were relaunched and often a new burst of creativity was found. Tough guitarists, superb harmonica players and down home bluesmen dominated. But missing from this was a whole section of the blues spectrum - what we could loosely call the 'Rhythm & Blues' men. The early 1970s found people on the blues scene who wanted to correct that. One of that band of greats was Nappy Brown. He was blessed with an amazing voice - powerful and emotive. He took that voice, created a phenomenal performance style and put the effort into writing some really strong songs to turn natural ability and gifts into a star package. He started in gospel and quickly moved to rhythm & blues. The ingredients here - Nappy and his amazing voice, performance style and songwriting, Big Jay blowing his heart out on tenor sax, a really superb group of musicians and a funky studio that was perfect for that 'live in the studio' style that's the best way to do this. I have been waiting for many years to find something both absolute top quality and musically amazing to add to Nappy's album and here it is - 4 stunning tracks from our special guest, Big Jay McNeely, fronting a superb band at the Ecaussinnes Blues Festival in Belgium. Jay 'took no prisoners' on his live shows and here he's at his very best. So here we have a couple of old men playing and singing like they were still teenagers - with energy surging, adrenaline pumping, creative juices flowing and still at the very top of their craft.