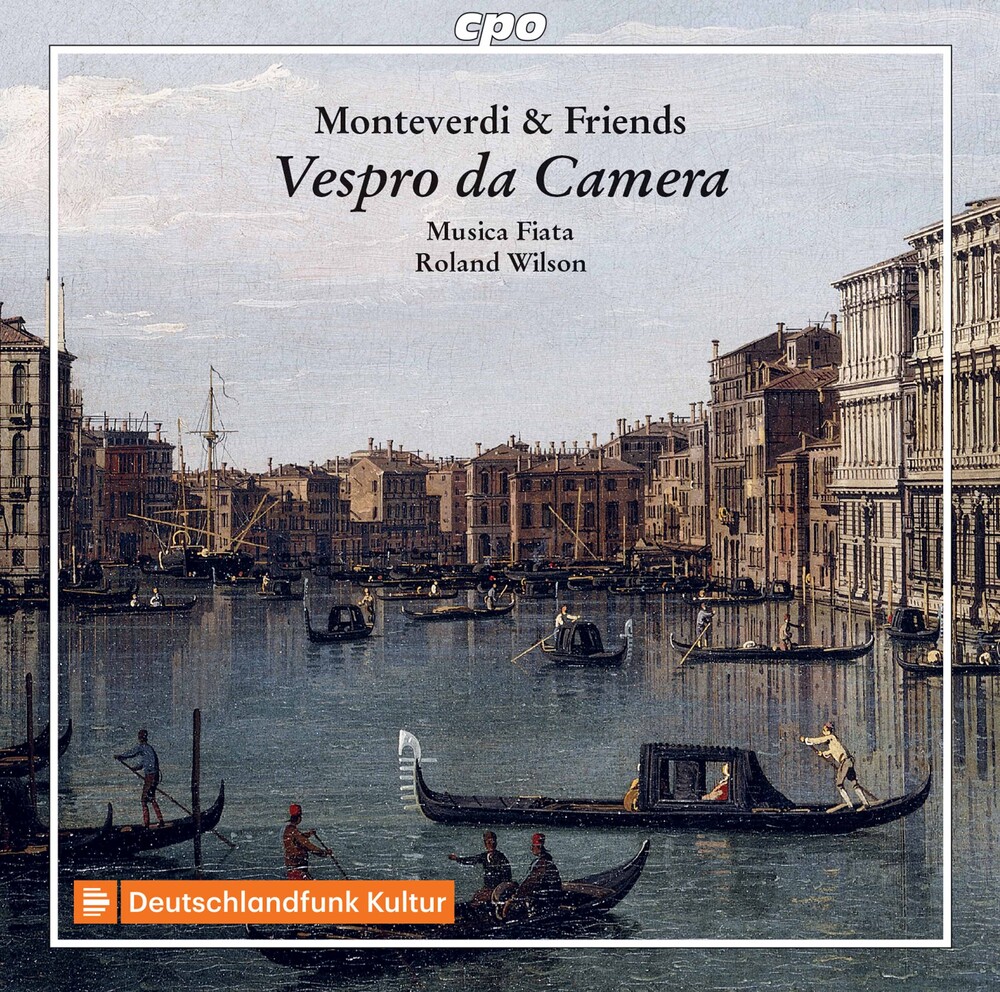 It was only recently that the world of classical music began to rid itself of it's obsession with great names and great places. There of course can be no doubt that Claudio Monteverdi was a great composer and that he wrote many a magnificent work for St. Mark's Cathedral. Yet, after many long years, we are now gradually coming to the realization that the Venetian musical universe was not limited to San Marco. Without wanting to diminish Monteverdi's genius, we have to admit, as is clearly audible on this recording, that this master was a member of a gifted, innovative circle of composers whose creative production was also of benefit to him. On the present new release we hear sacred works, including rare Psalm settings, not only by Monteverdi himself but also by Giovanni Rovetta, Antonio Rigatti, and Dario Costello. The musical language employed by Monteverdi in his later sacred works displays a theatrical character, rich affections, and a predilection for strong contrasts that can hardly be distinguished from the style of his late madrigals and operas. His substitute Giovanni Rovetta and his pupil Giovanni Antonio Rigatti used the very same language. They more clearly combine the instruments with the singers, at times have them imitate the song lines, and in other places fill out the textures of the tutti segments with them. With their four vocal parts, two high instruments, and the plenum sound of the organ, the homophonic passages create the illusion of a much larger ensemble. Thirteen years after Monteverdi had settled in Venice, Giovanni Rovetta's Dixit Dominus and Magnificat were published (1626). These are the mature works of a young composer who here speaks the same musical language known to us from Monteverdi's Selva morale. Might it be possible that Monteverdi was influenced by his younger colleagues, just as they were influenced by him?
back to top