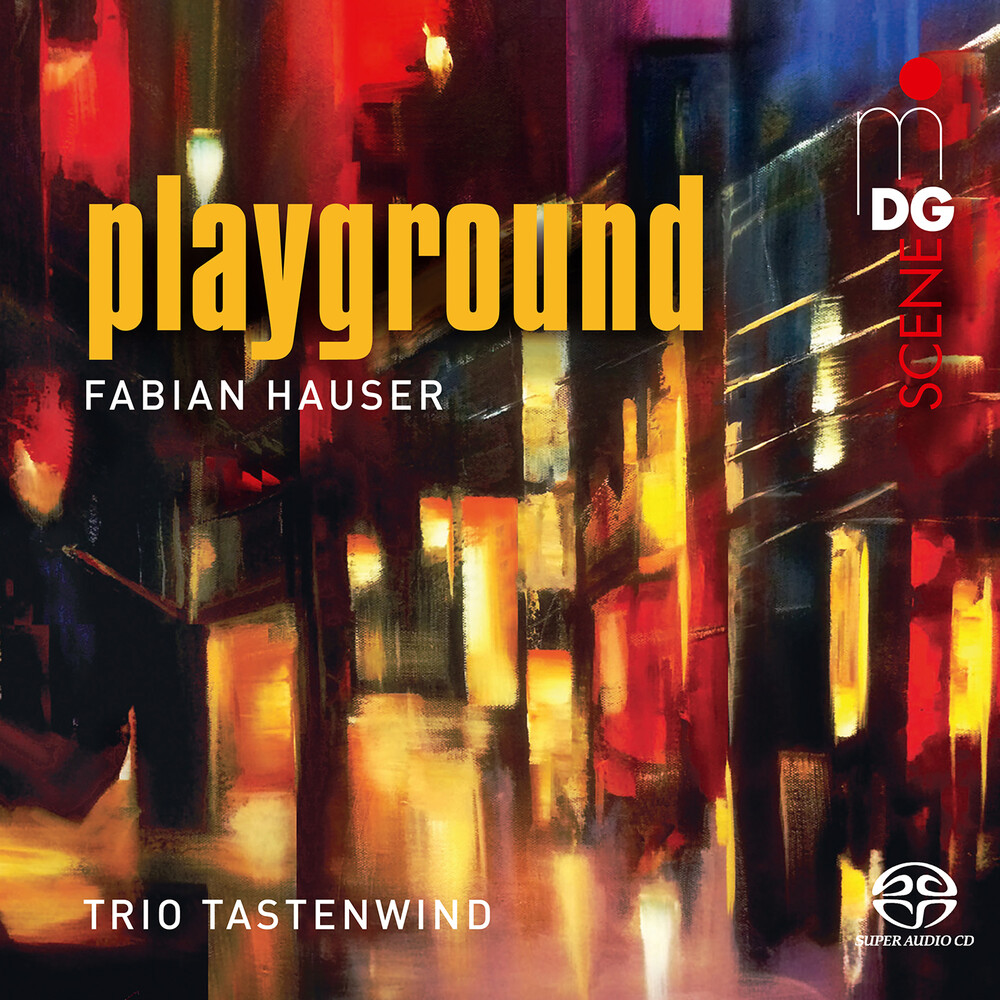 A breath of fresh air in chamber music: the young ensemble Tastenwind presents the very latest music that clarinettist Fabian Hauser has written for himself, flautist Katja Schulte-Bunert and pianist Elena KaĂźmann. This ambitious debut on the MDG label makes a virtue out of necessity, as there is hardly any original literature for this distinctive instrumentation. Hauser began his compositional career as a student in a rock and pop band, for which he delivered new pieces almost every week. Now an experienced orchestral musician, he is also at home in classical music, and for his "Playground" project he combines the best of both worlds with relish. "Style breaks" already bears this in it's name: Pop song meets twelve-tone row, the "Ringelreihen" comes along in five time, and the chromatic fantasy is interrupted by a tripped-up march. "Three Scenes for Three" was the first piece Hauser wrote for the Trio Tastenwind. The surprising becomes the programme here, loop technique meets classical form, and in the concluding "Playground" the three musicians can really let off steam. Playing with the unexpected naturally requires a solid compositional technique. Hauser masters this with aplomb, and together with his colleagues from the Bielefeld Philharmonic he presents himself in top form on this Super Audio album. The fresh three-dimensional sound does the rest for an unusual, astonishing listening pleasure.
back to top