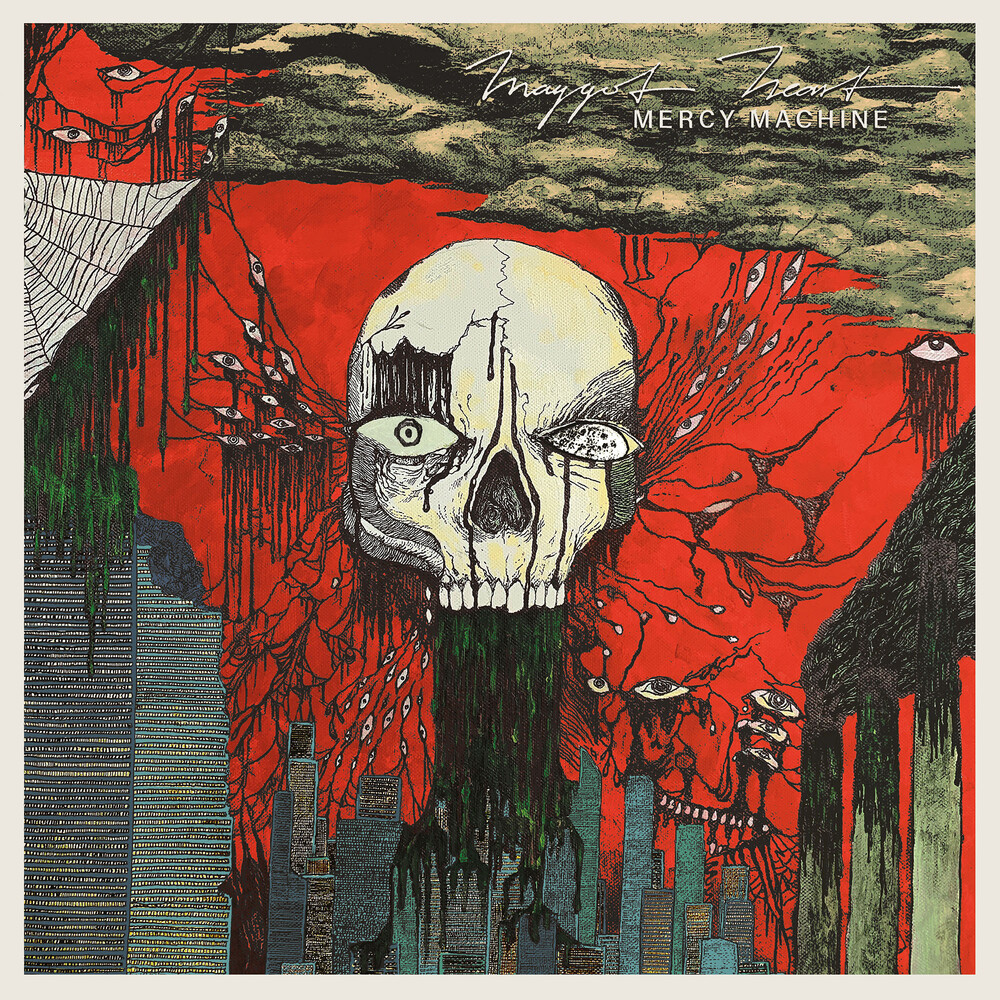 Linnéa Olsson's Maggot Heart is back with their sophomore album, which will be released on Linnéa's brand new record label Rapid Eye Records. The Swedish guitarist and songwriter, based in Berlin since 2012, has made her band a much talked about force in the underground with their extensive touring (alongside Earthless and Voivod among others), cross-over hard rock sound, and punk ethos. The city as a throbbing organism is one of the fundamental themes of Maggot Heart, explored in several songs on City Girls (2017) and Dusk to Dusk (2018). On Mercy Machine (2020), the machinery of night runs on the steam of many bodies. Locked inside a prison of flesh the spirit will not soar, only in unity with the body can divine alchemy be achieved. Mercy Machine is a rock album about sex, death and the pursuit of freedom. This album was put together by Linnéa, long-time drumming partner Uno Bruniusson and bassist Olivia Airey (as well as on-and-off collaborator Gottfrid Åhman) at the end of 2019, and once again recorded in Stockholm, Sweden with award-winning producer Martin "Konie" Ehrencrona (Viagra Boys, In Solitude) in February 2020. It highlights Olsson's catchy, but strangely jarring songwriting in ten cutting tracks, swerving back and forth on the rock genre-spectrum. These songs contain a highly entertaining blend of urgency, bleakness and undeniable attitude which may or may not appeal to fans of Voivod, The Stooges and The Jesus Lizard. The incredible cover artwork is by Kristian Valbo, known to metal fans as the drummer for Obliteration