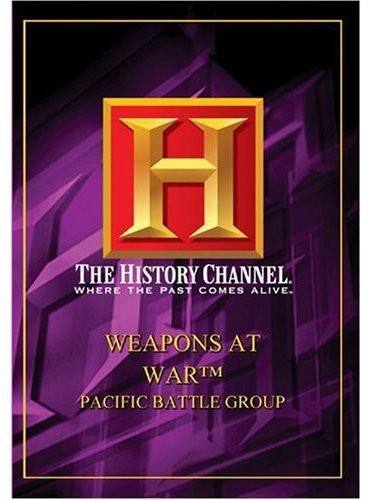 In the long struggle against Japan, the Allies and America coordinated air, naval and amphibious forces the likes of which had never been seen before. For 5 long years, as battles raged across the Pacific, the tactics and logistics of fighting an all-out war in such a vast theatre revolutionized military strategy, and led to some of the most dramatic engagements in history. PACIFIC BATTLE GROUP is a detailed examination of the strategies that eventually led to victory in the fight against Japan. Meet soldiers, sailors and aviators who fought in some of the most pivotal encounters of the war, legendary engagements like Leyte Gulf, Midway and Coral Sea. Military historians relate how the grand strategy evolved over the course of the war, and reveal the tactical ploys and adjustments that often made the difference between triumph and disaster. And stunning footage from some of World War II's most important moments show how the combined, coordinated Allied attacks led to victory.
back to top