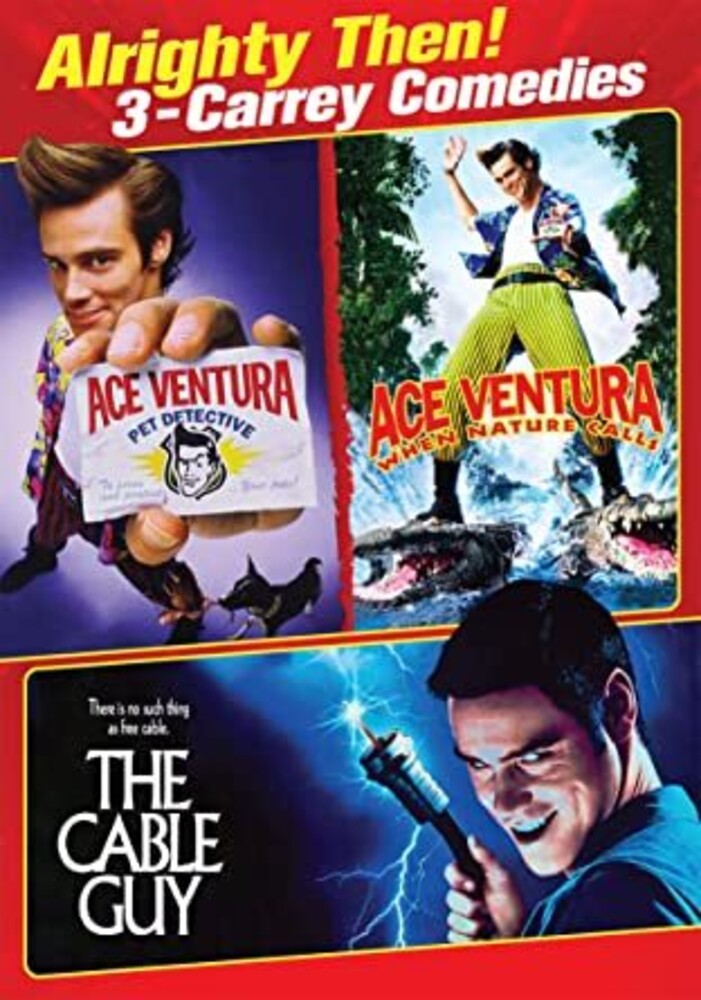 Alrighty then! Jim Carrey, America's favorite funnyman, showcases his talents in this triple feature collection of the films that launched his career and transformed him into a superstar. ACE VENTURA: PET DETECTIVE - He's the best there is, in fact, he's the only one there is! He's Ace Ventura Pet Detective, on the case to find the Miami Dolphins' missing mascot and quarterback Dan Marino. ACE VENTURA: WHEN NATURE CALLS - Ace Ventura, Pet Detective, returns from a spiritual quest to investigate the disappearance of a rare white bat, the sacred animal of a tribe in Africa. THE CABLE GUY - A lonely and mentally disturbed cable guy raised on television just wants a new friend, but his target, a designer, rejects him, with bad consequences.