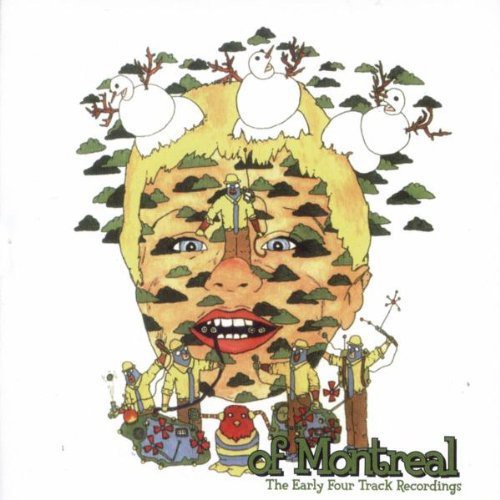 Athens' Of Montreal has seen a resurgent interest in their back catalog following the overwhelming success of their most recent two albums: "Satanic Panic in the Attic" and "The Sunlandic Twins". with each track incorporating Dustin Hoffman in it's title and artwork featuring images of psychotic children in chains, mole-birds, and bizarre skull creatures, "The Early Four Track Recordings" is one of Of Montreal's more unusual albums. The songs here constitute the early four-track work of Kevin Barnes, predating Of Montreal's inception as a full band. Formerly on Kindercore, this record is a comp.

''The Early Four Track Recordings'' is a compilation album by indie rock band Of Montreal. It contains early recordings from the band, with the song titles telling a fictional story about actor Dustin Hoffman. Though the titles feature Dustin Hoffman, the album name and content have nothing to do with him, and the titles were chosen only for humor. - Wikipedia