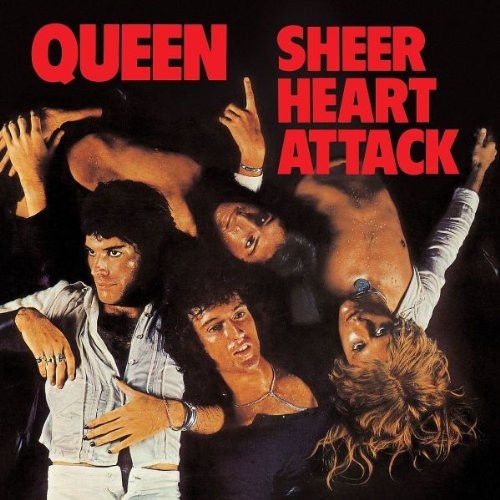 Deluxe two CD edition includes a bonus CD containing five additional tracks. Digitally remastered edition of the British Pomp Rock band's 1974 album. Sheer Heart Attack, Roger Taylor's favorite Queen album, was released in 1974 and reached #2 in the UK. Prior to this, Queen were mostly considered a heavy Rock band, but this album experimented with a variety of musical genres, including music hall, Heavy Metal, ballads and Ragtime. At this point, Queen started to move away from the progressive tendencies of their first two releases into a more radio-friendly, song-orientated style, illustrated by 'Killer Queen', which was their biggest hit at that point reaching #2 in the UK. It also went to #12 in the US Billboard Charts, the first of many hits there. A song about a high-class call girl, it contains the guitar solo that Brian May is most proud of and won Freddie his first Ivor Novello Award. Island.
back to top