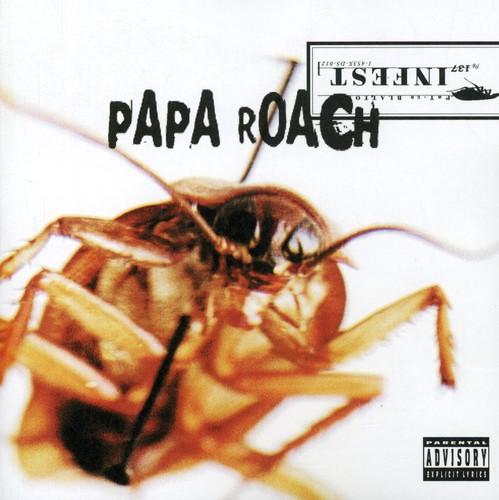 Since '93, Northern California's Papa Roach have been honing their craft playing all over. They've played over 400 live shows with the likes of Static-X, Incubus, Bad Brains and Kid Rock, and played dates on the Warped Tour. Their debut is sure to propel them to hard rock heights.

''Infest'' is the second album by Californian rock band Papa Roach. It was released on April 25, 2000, and became the 20th highest selling album of 2000 in the United States. It was certified triple Platinum in the U.S. on July 18, 2001, and peaked at #5 on the Billboard 200 chart. This album earned the band a Grammy nomination for Best New Artist. ''Infest'' has sold more than 6 million copies worldwide with 3 million in U.S. and is their best selling album to date. "Thrown Away" contains a softer version of the song "Tightrope", which starts at about 4:57. - Wikipedia