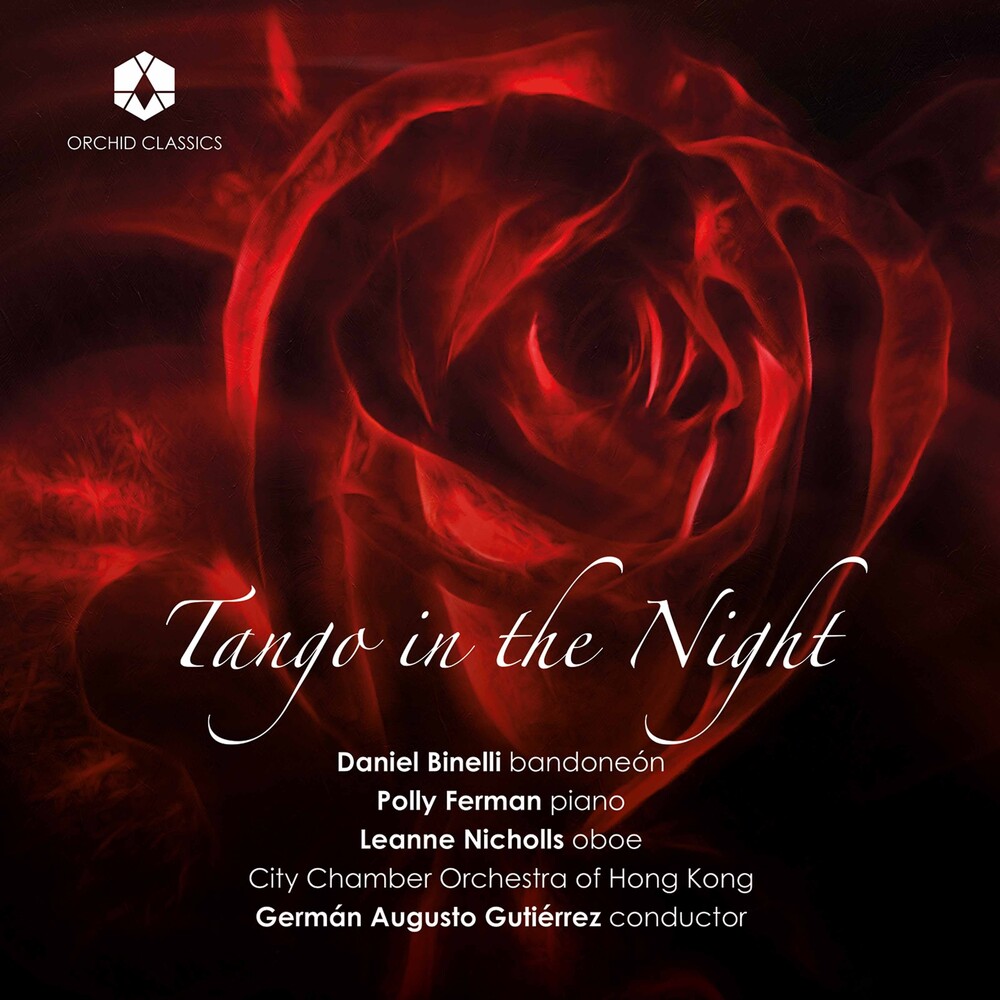 Tango in the Night celebrates the centenary year of Daniel Binelli's mentor Astor Piazzolla, with an album that spans more than a century of music, tracing tango from it's origins in Latin America to it's position as an international artform. It opens with Angel Villoldo's rousing El Choclo, which took Argentina by storm in 1903, and includes such landmarks as Piazzolla's jazz-influenced Libertango and Fracanapa, La Cumparsita by Uruguayan pianist and composer Matos Rodríguez, and Daniel Binelli's haunting title track, written in 2008 and used recently in the soundtrack to Gabriel Bologna's comedy Tango Shalom. Other album highlights include the yearning Tanguera by Mariano Mores, Piazzolla's Oblivión, with Leanne Nicholls as oboe soloist, and Binelli's Tango de los Cuadros, composed in 1998 in homage to another hero of tango, Osvaldo Pugliese.