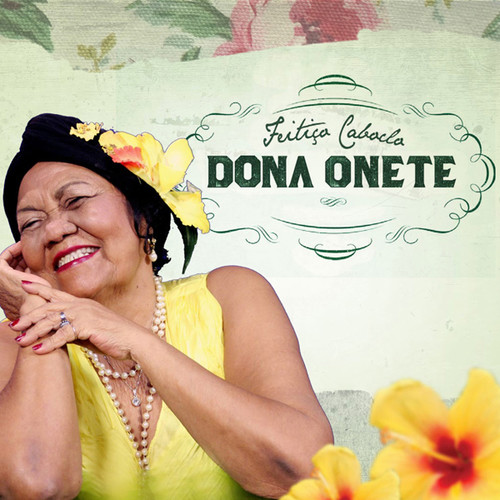 A vibrant blend of Paraense folklore, carimbe, boi bumba, Caribbean salsa, brega, samba, and even rap, all rooted in the cultures of the Brazilian interior, this phenomenal debut album from Amazonian septuagenarian songstress Dona Onete has been over 60 years in the making and almost never happened. Sitting on the banks of the Amazonian river in the small town of Igarap+- Miri as an 11 year-old, singing sambas, quadrilhas, and boi bumbas to the river dolphins, Dona Onete could have scarcely imagined she'd be seeing the worldwide release of her debut album at the age of 73. While not pursuing music as a career when growing up, Onete's heart remained invested in it. Becoming an expert in the rhythms, dances and traditions of the Amazon through her university studies, she'd go on to become Municipal Secretary of Culture of her hometown Igapar+-Miri. Completely enveloped by Amazonian culture and with her latent talents as a singer, Onete began to compose music for herself. Amassing a collection of over 300 original songs throughout her years, it wasn't until she retired that her musical career took off. Moving to the quiet area of Pedreira in Belem to while away the rest of her days with her husband, Onete inadvertently moved onto a street where popular Brazilian band Coletivo Radio Cipe lived. The band, hearing Dona perform at a local carimbe party, initially thought they were listening to a much younger singer - due to Onete's vivacious and flirtatious flair, along with her penchant for a cheeky lyric or two. But when they caught sight of her, they were astounded. Knowing they'd stumbled upon someone truly special, the band instantly invited her to sing on their forthcoming album. Onete took some convincing, but eventually relented, a decision that would lead to her recording as an artist in her own right and see her audience of river dolphins on the banks of the Amazon transform into the people of the cities of Brazil, and soon the world.