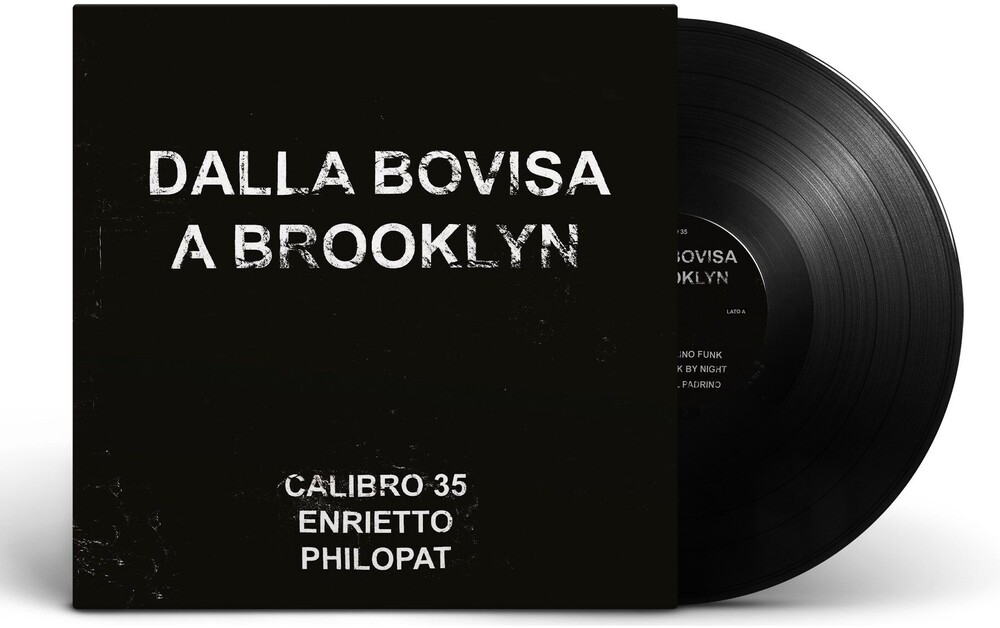 Record Kicks presents the reissue of the rare and in-demand Calibro 35 EP Dalla Bovisa a Brooklyn on vinyl. The EP includes an original Calibro 35's comic and is limited to 500 copies, which makes it an instant collector's item.Â  Originally recorded in 2012 in Brooklyn during the sessions for their third studio album Any Resemblance, Dalla Bovisa a Brooklyn (literally 'from Milan's district Bovisa to Brooklyn') came out in that same year as a limited edition 10". The EP contained an original comic by Italian gurus Gianfranco Enrietto and Marco Philopat that tells, between reality and fiction, the experience of Calibro 35 in the Big Apple. Rapidly gone out of stock, the original copies are rare to find and change hands for big money amongst record collectors and Calibro fans. Following the re-release of the first 3 Calibro 35 studio albums, now also Dalla Bovisa A Brooklyn sees the light again on the superior 12" format that includes a restored colored version of the original 16 pages comic. From the opening "Broccolino funk" to the last track, the 6 minutes of the afro-funk winner "Bushwick, Nigeria", on the six tracks on the EP the band sounds as groovy as ever, serving another funk-filled journey, full of fuzz guitars, distorted organs and brooding bass lines.Â  Active since 2008, Calibro 35 enjoy a worldwide reputation as one of the coolest independent bands around. During their thirteen-year career, they were sampled by Dr. Dre on his Compton album, Jay-Z, The Child of lov & Damon Albarn; they shared stages worldwide with the likes of Roy Ayers, Muse, Sun Ra Arkestra, Sharon Jones, Thundercat and Headhunters and as unique musicians they collaborated with, amongst others, PJ Harvey, Mike Patton, John Parish, Stewart Copeland and Nic Cester (The Jet). Described by Rolling Stone magazine as "the most fascinating, retro-maniac and genuine thing that happened to Italy in the last years", Calibro 35 now count on a number of aficionadosin every corner of the planet.
This website uses cookies to personalize content and analyse traffic in order to offer you a better experience.
I accept Learn More
back to top