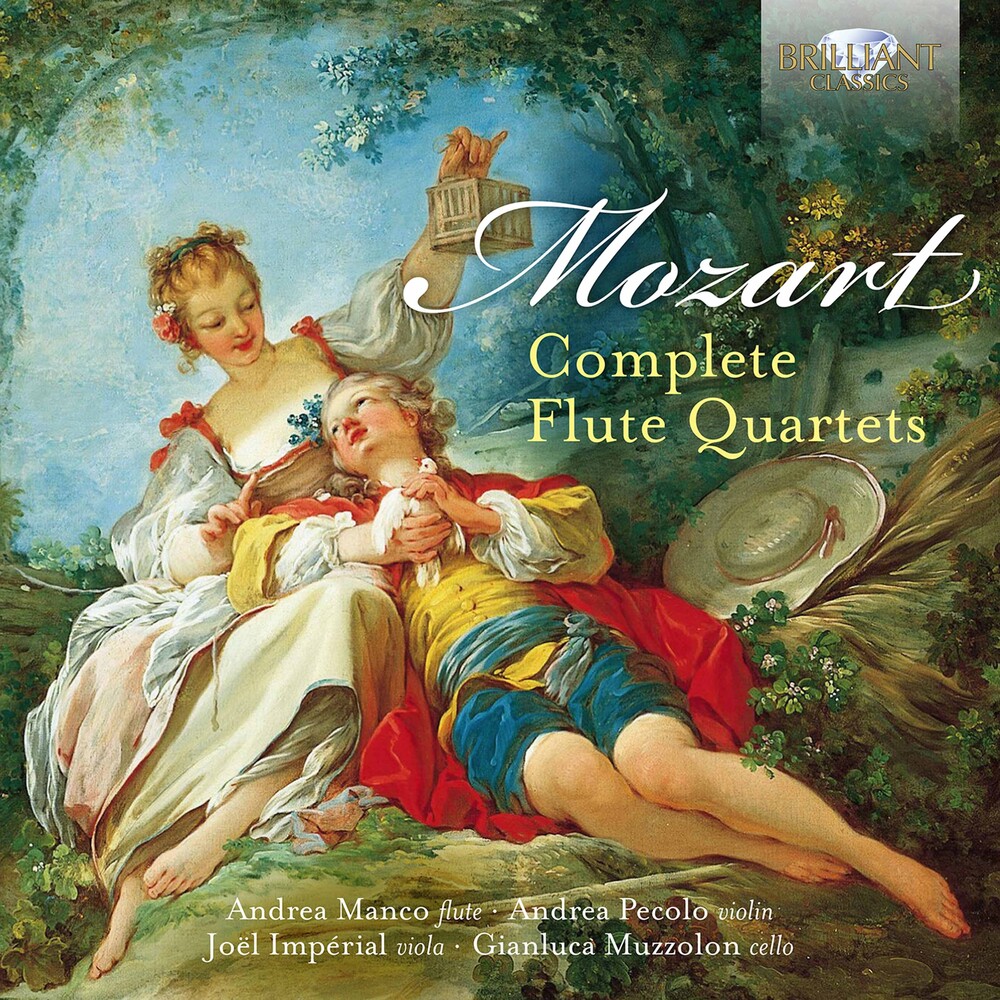 During the late 18th century, compositions for string trio with a wind instrument were extremely popular in amateur circles; and in keeping with this highly fashionable trend, Mozart composed four quartets for flute and strings while on a tour of France and Germany with his mother. The 22-year-old composer had lately made the acquaintance of a solo flautist, Johann Baptist Wendling, who was in contact with a rich flute-playing patron. A handsome fee was offered for some concertos and quartets - more than Mozart's annual salary as a court musician back at home in Salzburg - and so he set to work, completing the first quartet, K385, on Christmas Day 1777. The other works here may have been composed later - perhaps Mozart ran out of enthusiasm for the project - but they all count as examples of refined chamber music conceived for skilled amateur players and domestic consumption, While hardly as complex a showcase of Mozart's compositional skills as the string quartets he dedicated to Haydn, all four quartets abounding in gentle wit and good humour, and written not as mini-concertos for flute and string trio but as chamber music for equal partners. Every now and then Mozart touches the sublime, as so often he could, such as the slow variation movement of K285b, which recalls the similar movement in the 'Gran Partita' wind serenade in it's weightless gravity of expression. This new recording of the quartets offers a substantial bonus, in the shape of the Oboe Quartet K370 arranged for the ensemble at hand. The performances are led by the Italian flautist Andrea Manco, who in 2003, at just 20 years old, became principal flute of the Teatro Regio orchestra in Turin under the directorship of Gianandrea Noseda.