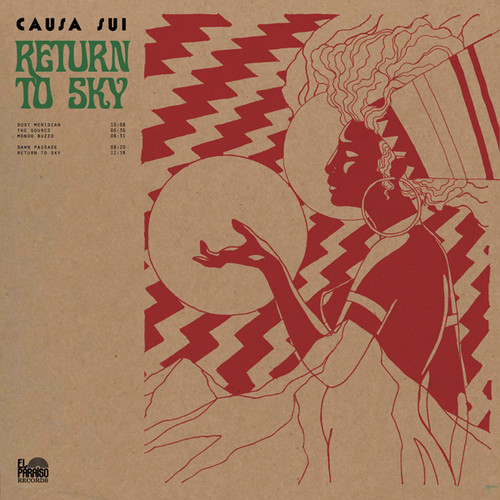 Vinyl LP pressing. Causa Sui are back with Return To Sky, the successor to 2013's Euporie Tide, which consolidated the band as a crucial underground force in the European psych scene and spread their unique brand of warm-toned stoner rock to a wider audience. Return To Sky is a condensed piece of acutely experimental yet immensely engaging instrumental rock. Each of the album's five epics unfolds as a microcosm of the band's genre-transcending psychedelia at large, yet adds something different to the whole. There's a kind of musical metamorphosis taking place that's deeply ingrained in the band's natural flux by now; heavy, detuned riffs are transformed into wide, pastoral soundscapes, and fluid minimalism warped into swirling crescendos and back again. Occasionally the band even manages to sound turbulent - fuzzed-out yet strangely peaceful at the very same time. While so much of today's psychedelic scene comes off as merely a tribute to a certain period of the past, Causa Sui seem to be on a different mission. More than any other album in their catalog Return To Sky declares their roots in the avant-rock of the late 1990s, when different eras and genres merged into something that resonated as with the present as much as it celebrated the past.