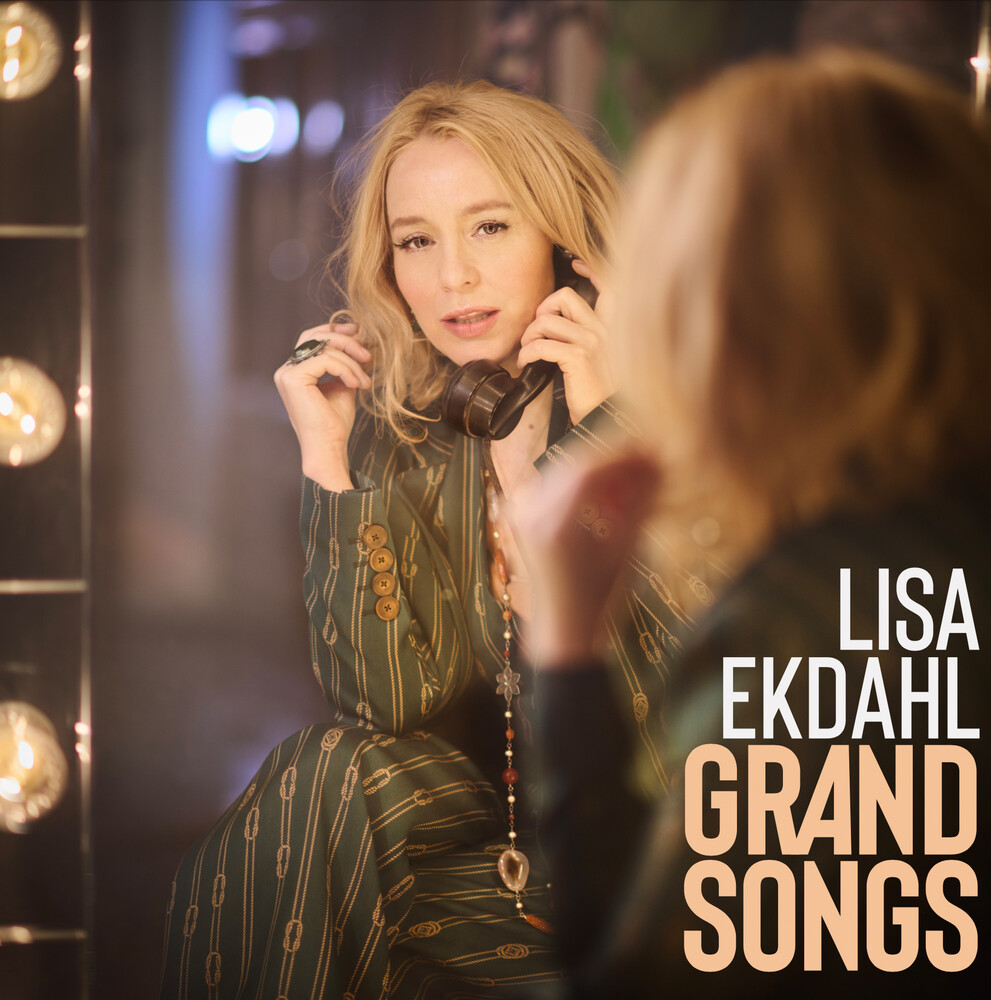 It's been a long long time (twenty years passed) since Lisa Ekdahl last recorded songs she didn't write herself. Oh, she loves the game, and she has proven to be good at it. Still, there had to be a spark, a flap of wings whispering to your ear that it's the right thing to do now.That spark shone when Lisa was asked to cover "Dream a Little Dream of Me" for a Swedish documentary soundtrack. In the context of lockdowns, delayed shows and suspended projects, that little dream turned big, eventually giving birth to "Grand Songs". A covers album that is unprecedented in her discography, since she approaches modern pop songs, from the 1950's to our freshly unwrapped decade.Push the ON button of your imagination, and picture "Grand Songs" as a cozy, friendly, hygge-like party where Billie Eilish would raise a toast with the Beatles, and Bob Dylan would have a nice chat with BeyoncĂ©. Lisa's final cut is a message in itself. It's a musical time machine reflecting the incredible cornucopia of the digital era. (Â« I spend hours on YouTube, exploring those decades of music coexisting today, at the same level, at a click of your hand. Â») And it encourages you to open every door, to dare and make a step towards different worlds, differenteras. You can't lose your identity in the process, but only grow a bigger heart and a refined vision of the world. Music wise, the recording process was light-hearted and (for the first time in Lisa's career) entirely home-made. Her Stockholm house was turned into a studio with musicians playing in live conditions, dispatched in every room except the kitchen and the bathroom. Hence a vibe of laid back playfulness, a sense of fun and community. Behind. At the end of the day, "Grand Songs" is a lovely, tender, charming and interesting station in Lisa's music trip. Her takes on Billie Eilish and BeyoncĂ© songs demonstrate that she can be connected to the contemporary pop world and still remain consistant and loyal to herself.
back to top