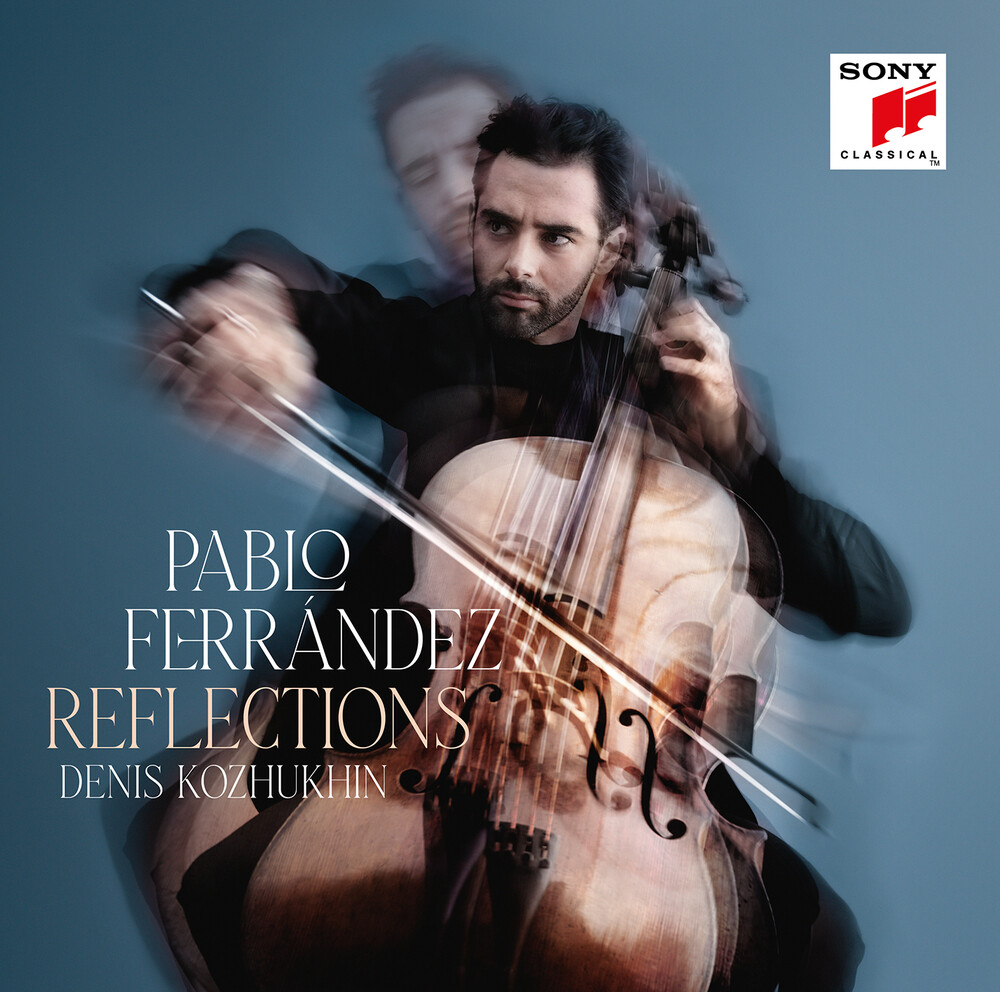 One of the most charismatic and exciting talents of his generation, Tchaikovsky Prize-winning Spanish cellist Pablo Ferrández has been hailed across the globe for his "pop-idol magnetism, superb technique and exhilarating musicality" (LA Times), as a performer who "has everything: technique, mettle, spirit... and charm" (El País). He has quickly built a reputation as a performer both hugely admired by fellow musicians, Anne-Sophie Mutter and Gidon Kremer among them and loved by audiences, also on social media, where Ferrández's charm and immediacy of his performances and personality reaches an audience of millions. Ferrández's debut album on Sony Classical, "Reflections", provides a perfect introduction to this exceptional artist: With a romantic spirit, it reflects his musical roots and unexpected parallels in the music of Russia and Spain at the start of the 20th century. With Rachmaninov and his Spanish contemporaries Casals, Granados and de Falla it presents an evocative mixture of nostalgia, melodic warmth including Rachmaninov's ardently melodic Cello Sonata and his haunting 'Vocalise', de Falla's touching lullaby 'Nana' and Granados' 'Oriental' from his 'Danzas españolas'. Pablo Ferrández was born into a musical family in 1991 and christened after Pablo "Pau" Casals - the iconic cellist and one of the most influential classical musicians Spain has ever produced. He has always felt an affinity with Russia, since he started his studies, aged 13, with the legendary Natalia Shakhovskaya (1925-2017), a former pupil of Rostropovich, at the Reina Sofia Music School in his native Madrid. "She was an incredible musician and human being, "he recalls, "and she made me love and understand the language of Russian music." 'Reflections' therefore represents both the music of Ferrández homeland and the music of the country that would become so important to him: "I wanted to record pieces I can see myself in, that reflect something of me and my roots. It contains some of the most beautiful and touching music I know". Such a personal project needed a well-chosen partner, and Ferrández found the ideal pia-nist in Denis Kozhukhin. Their friendship dates back to their studies at the Reina Sofía Music School. The discovery that Casals and Rachmaninov had performed the sonata together inspired Ferrández to build his programme to highlight further musical parallels and reflections between Spain and Russia. The album features cello and piano arrangements of three shorter Rachmaninov works (including the haunting Vocalise), plus favourite shorter works by de Falla and Granados, two key figures of Spanish music in the early 20th century, and contemporaries of Rachmaninov and Casals. Ferrández pays tribute to his great musical predecessor with the final track of the album: Casals's famous arrangement of the Catalan Christmas song, "El can't dels ocells" (The Song of the Birds). Ferrández has performed in the world's major concert halls with conductors such as Zubin Mehta, Gustavo Dudamel, Christoph Eschenbach and Daniele Gatti, and has appeared in chamber concerts with artists of the stature of Martha Argerich, Gidon Kremer, Vadim Repin, Yuja Wang and Khatia Buniatishvili. Orchestras with which he has worked include the London Philharmonic, LA Phil (at the Hollywood Bowl), Bavarian Radio Symphony Orchestra, Israel Philharmonic and the Rotterdam Philharmonic.