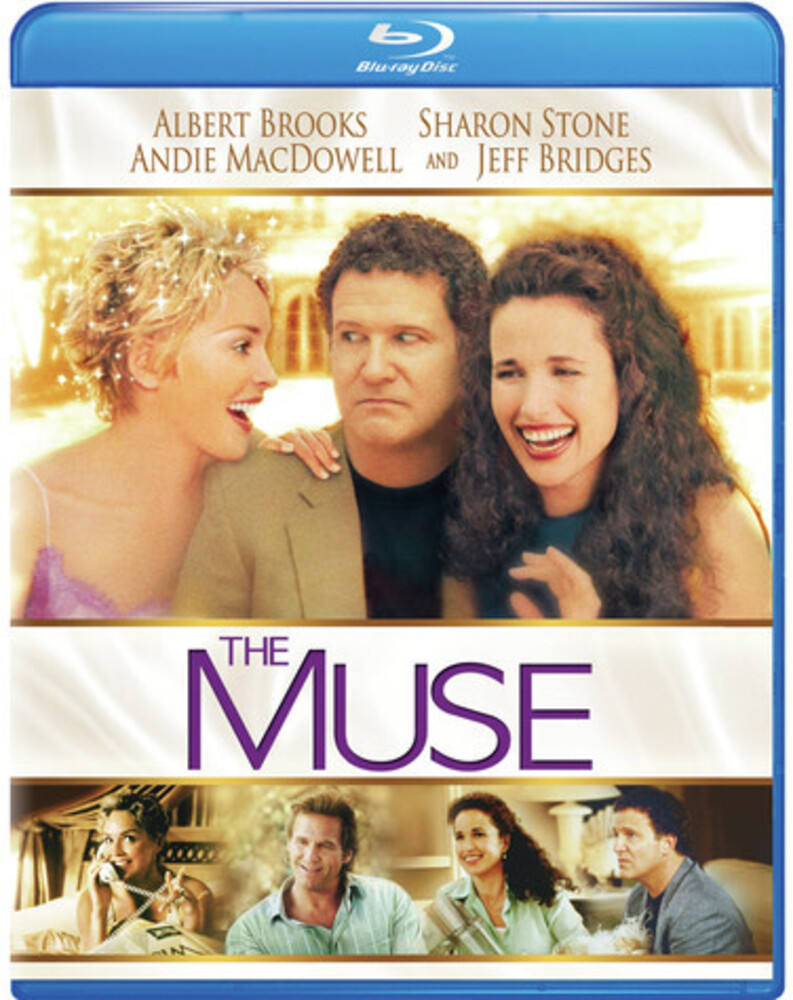 Steven Phillips (Albert Brooks) is the king of Hollywood screenwriting, but his hold on the throne is slipping. When a successful friend (Jeff Bridges) suggests that the services of a bona-fide Muse named Sarah (Sharon Stone) might get his career back on track, Stevens desperate enough to take a leap of faith. Despite the misgivings of his wife, Laura (Andie MacDowell), Steven accepts Sarahs extravagant demands, hoping for a good, strong dose of inspiration. But as Sarahs quirky and endearing ways charm her deeper into their lives, Steven and Laura find themselves changed in ways they never could have guessed. Featuring an original musical score by Elton John and cameos by a host of Hollywood luminaries, including Martin Scorsese, Rob Reiner and James Cameron, The Muse is a wry comedy that pokes hilarious fun at Tinseltown itself.