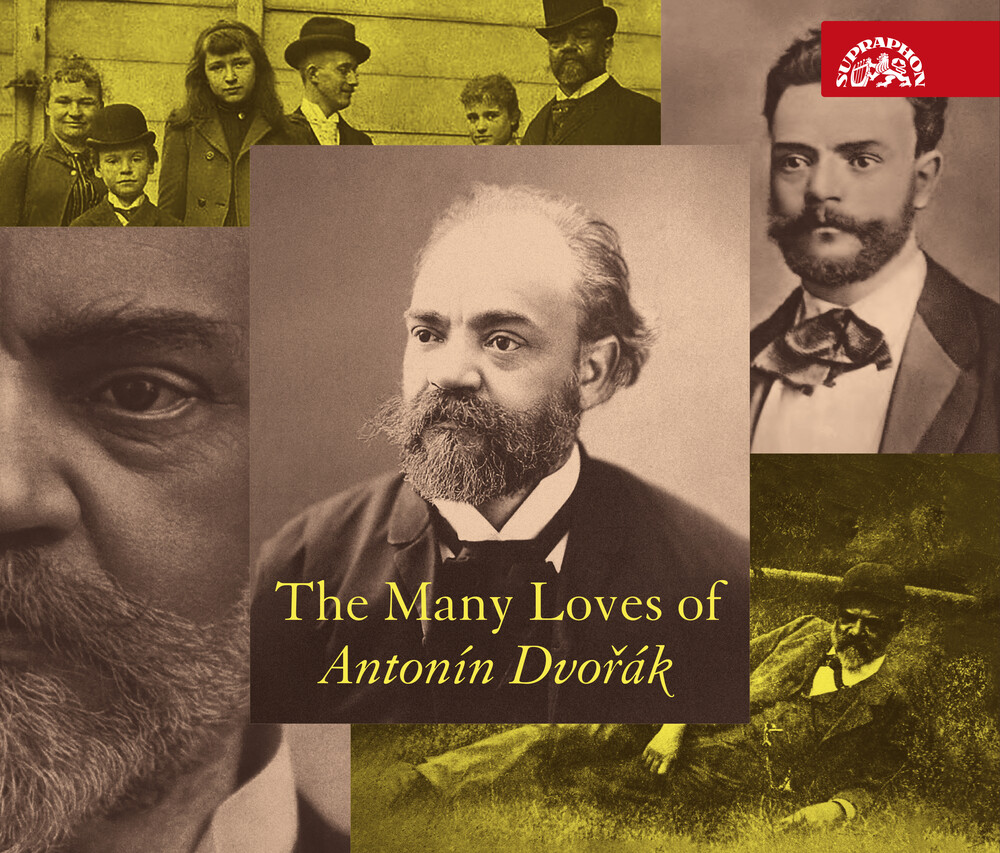 To mark the 180th anniversary of AntonĂ­n DvorĂˇk's birth, Supraphon has released a special 3-album set. Presenting a wide selection of the composer's chamber, orchestral and vocal works, it contains recordings made by superb musicians in the second half of the 20th century that are still exemplary and unrivalled in many a respect. DvorĂˇk is paid tribute to by renowned Czech Philharmonic conductors (Talich, Ancerl, Neumann, BelohlĂˇvek, Sawallisch, Mackerras, and others), instrumentalists (Rostropovich, May, Suk and Panenka), singers (SoukupovĂˇ, BenackovĂˇ, UrbanovĂˇ, Blachut, NovĂˇk), choirmasters (Jan and Pavel KĂĽhn), as well as the Prague, DvorĂˇk, Smetana and Panocha Quartets. The album's repertoire was compiled by Patrick Lambert, a former long-time music editor and BBC Radio 3 producer, a great lover and connoisseur of Czech music, who focused on the themes to which AntonĂ­n DvorĂˇk had a strong, passionate affinity: the Nation and Homeland, the Slavonic Soul, Nature, God and Religion, Family and Humour. Besides widely known opuses (yet in lesser-known recordings), the album features many beautiful DvorĂˇk pieces that are not performed overly often, including the cycles In Nature's Realm, Love Songs and Poetic Moods, the Serenade for Wind Instruments, and scenes from the operas Dimitrij and The Jacobin. As Patrick Lambert puts it: "The new album is for everyone who wants to revel in the sheer diversity and profundity of DvorĂˇk's music." AntonĂ­n DvorĂˇk at his most beautiful - through the eyes of a great connoisseur and lover of his music
back to top