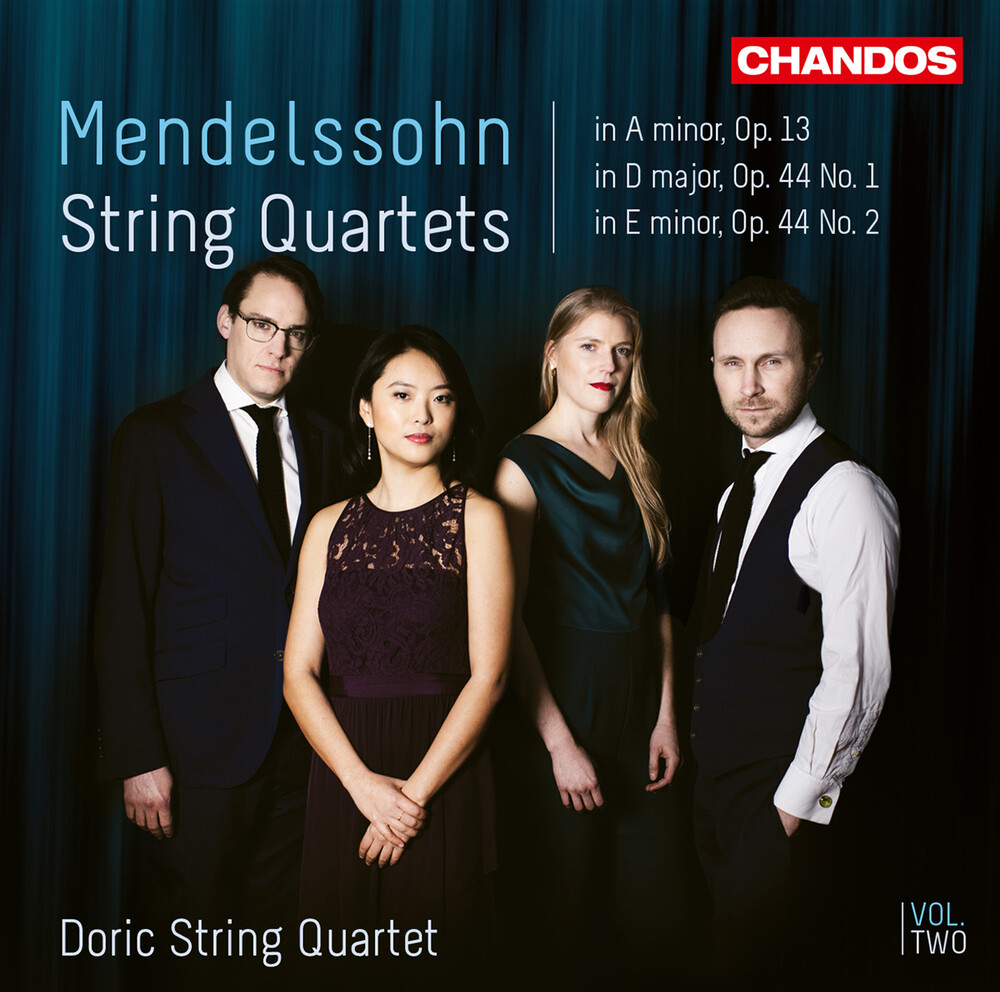 Following an exceptional critical reception for their first volume of Mendelssohn Quartets, the Doric String quartet now complete the project with volume two. As with the previous volume, they juxtapose one of the early quartets (no.2) with two of the later compositions (nos. 3 and 4), composed a decade or so later. Composed in 1827, the Second Quartet pays homage to Beethoven's outstanding contribution to the genre (he died in March of that year), but this is no simple pastiche. Mendelssohn's individual voice is already clearly present in this confident work. The later quartets are perhaps less overtly revolutionary - Mendelssohn was now an established figure and now a recipient of Royal commissions - but nevertheless remain clear milestones in the development of the genre.
back to top