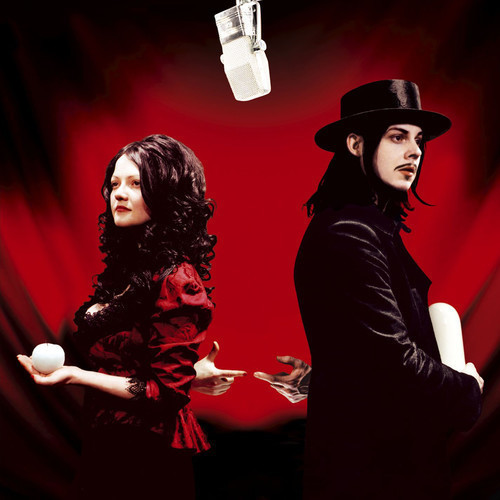 Get Behind Me Satan [2LP]
Artist: The White Stripes
Format: Vinyl
New: Not in stock
Wish

Double 180gm vinyl LP pressing. Get Behind Me Satan is the fifth studio album by rock duo The White Stripes, originally released on June 7, 2005. Though still basic in production style, the album marked a distinct change from it's guitar-heavy 2003 predecessor, Elephant. With it's reliance on piano-driven melodies and experimentation with marimba on "The Nurse" and "Forever For Her (Is Over For Me)", Get Behind Me Satan plays down the punk, garage rock and blues influences that dominated earlier White Stripes albums. Frontman Jack White plays with different technique than in the past, replacing electric guitar with piano, mandolin, and acoustic guitar on all but a handful of tracks, as his usual riff-conscious lead guitar style is overtaken by a predominantly rhythmic approach. Rolling Stone ranked it the third best album of the year and it received the Grammy for Best Alternative Music Album in 2006.
back to top