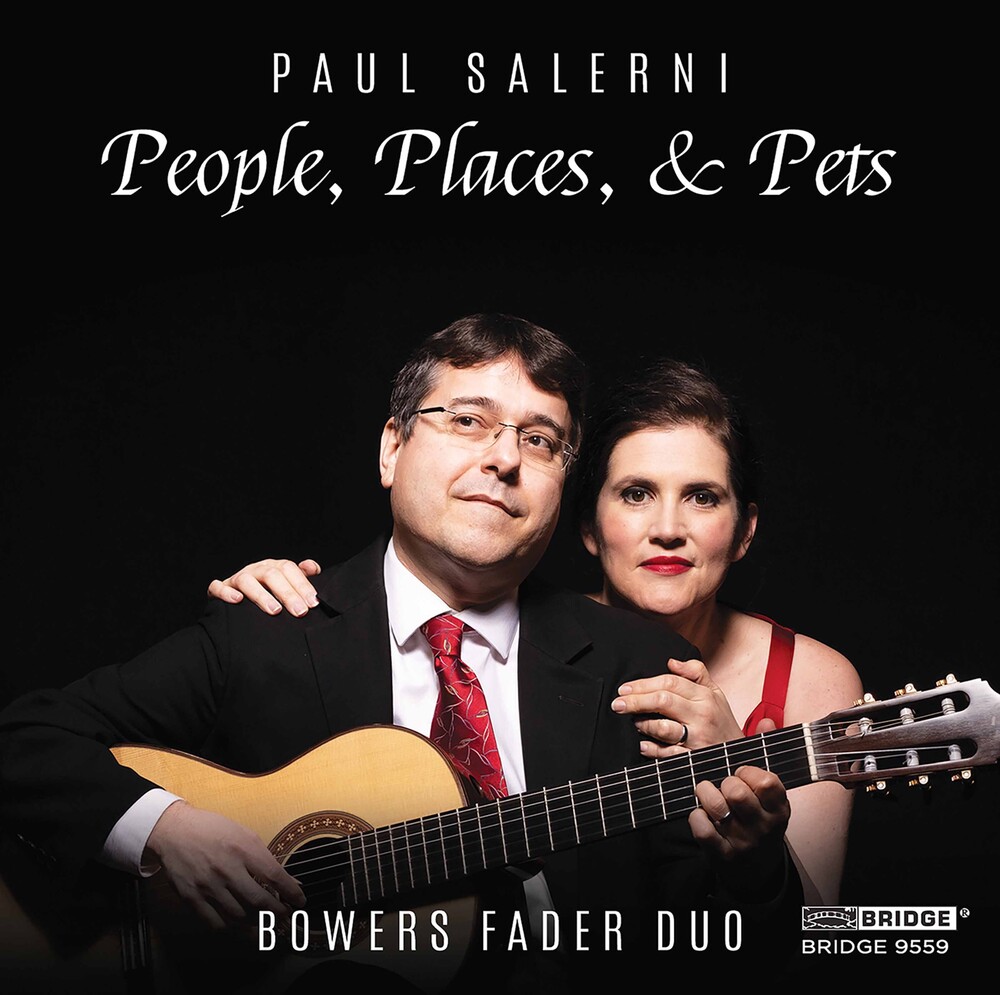 "We love Paul Salerni. Ever since our first collaboration in 2016, when we first played "Bad Pets", we knew we had found something special. This was confirmed soon after when he wrote us four cycles in about two months. All this repertoire inspired us to formally establish ourselves as The Bowers Fader Duo. Paul has written more music for us than any other composer and we love it's humanity, humor, and range of expression. It is truly a joy to per-form these songs and we are honored to present this album." (Jessica Bowers and Oren Fader) Created in 2009, the Bowers Fader Duo performs both classical and con-temporary repertoire. Their ongoing mission is to promote new American art songs for mezzo and guitar, through commissions, performances, and recordings. To date, they have presented over 40 world premieres of works written for them. Since 2016, the Duo has presented their series, New American Art Songs for Mezzo and Guitar, three times each season in venues around New York City.
back to top