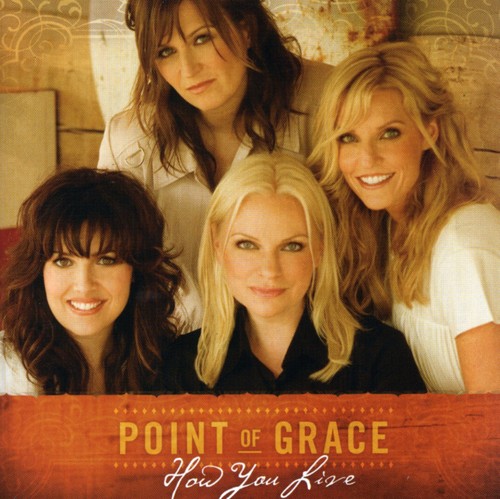 How You Live
Artist: Point Of Grace
Format: CD
New: In Stock 13.98
Wish

How You Live is the twelfth album and seventh studio album from Christian group Point of Grace. It was originally released on August 28, 2007 and has achieved critical and commercial success, peaking at #56 on the Billboard 200 and at #4 on the Billboard Christian & Gospel Albums chart. The success of the single "How You Live (Turn Up The Music)" earned the group the Dove Award for Country Recorded Song of the Year. This was also the group's last album as a quartet, as Heather Payne announced her retirement in June 2008.