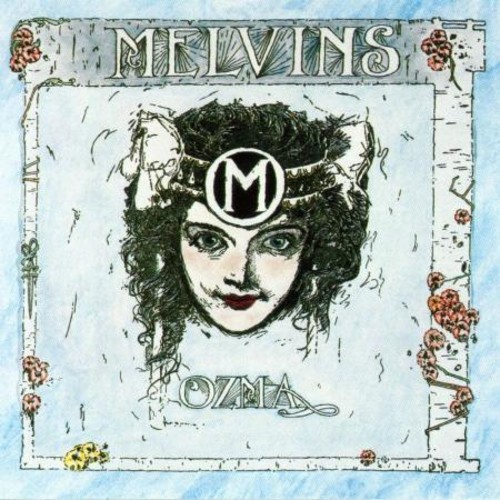 Available again with updated artwork and a new gatefold sleeve!Ozma was recorded soon after Melvins made the move from Washington to San Francisco, and was their first release to include the diminutive yet mighty Lorax (Lori Temple Black) on bass. In fact, the first sound one hears at the album's opening is Lori standing on her tiptoes to switch on her amp, thereby warning the listener of the onslaught to come. Distorted, down-tuned doom riffs start, stop, lurch sideways with no warning, and seem to end before they start. Buzz Osborne adds extraneous guitar static and vocal squeals. Drummer Dale Crover plays as if he's inside a barrel going over Niagara Falls; the long, slow fall allows the space between beats to grow and grow until he crashes into the water with the vessel blasting apart in an explosion of drum rolls. The classic Melvins heavy grind is set up and broken up by assorted odd sidetracks: "Revulsion / We Reach" flows forward slower and slower until it eventually melts into a gooey feedback drone. "Raise a Paw" is a superball paddled against one's head by a grinning village idiot. "Love Thing" enlists in the Kiss Army before getting dishonorably discharged.
back to top