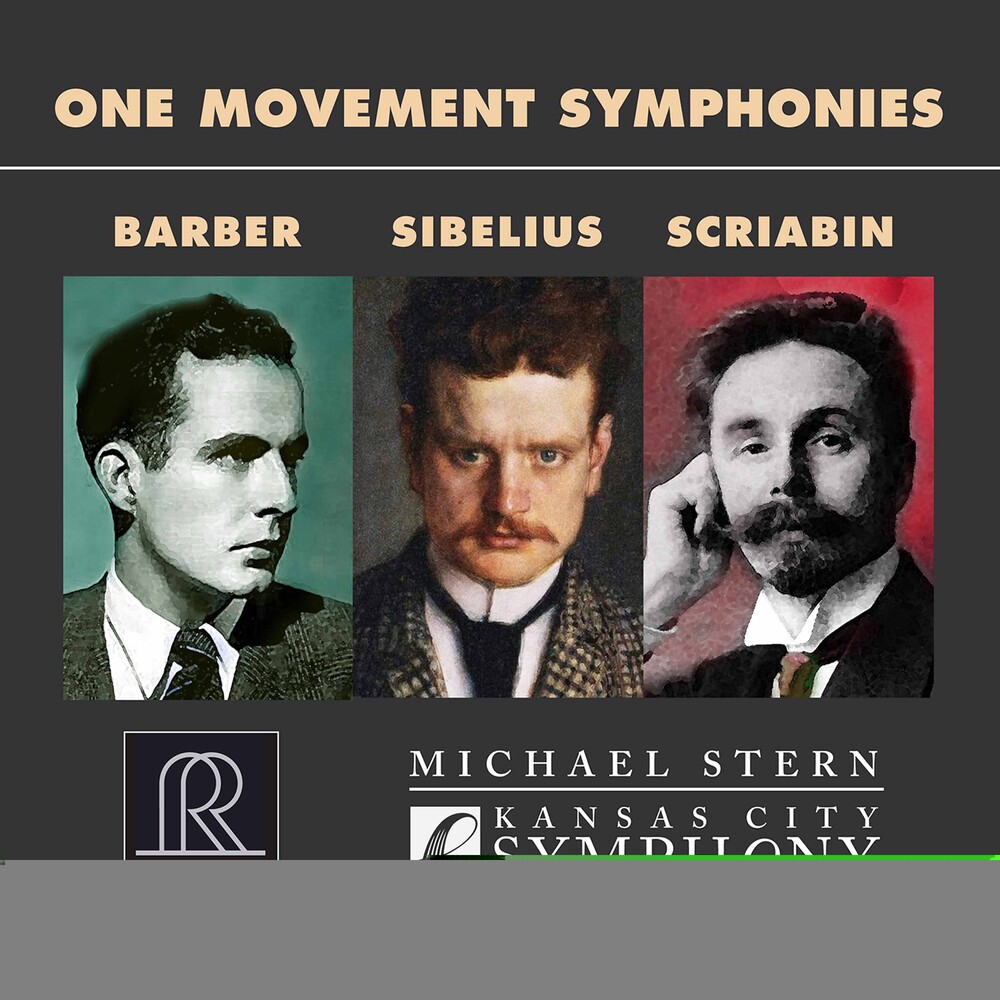 Reference Recordings proudly presents a unique album of one movement symphonies composed by Barber, Sibelius and Scriabin, in an outstanding interpretation from Michael Stern and the Kansas City Symphony. The album was produced by David Frost, seven-time winner of the Classical Producer of the Year GRAMMYr award. It was recorded by RR's engineering team, comprised of GRAMMYr-winning engineer and Technical Director Keith O. Johnson, and multi-GRAMMYr nominated engineer Sean Martin. Music Director Michael Stern is in his second decade with the Kansas City Symphony, hailed for it's remarkable artistic ascent, original programming, organizational development and stability, as well as the extraordinary growth of it's varied audiences since his tenure began. The Kansas City Symphony has a vision to transform hearts, minds and it's community through the power of symphonic music.